Baader Planetarium’s AstroSolar Safety Film 5.0 is a patented, specially manufactured blister free film that is only 0.01mm thick and attains the optical quality of plane-parallel glass filters. The base material is not “Mylar.” It reduces sunlight by a factor of over 100,000 to safe levels for visual or imaging/photographic applications with optical instruments. The film, made in Germany, is coated on both sides to ensure highly uniform filtering while neutralizing occasional microscopic holes in the coating. One layer of this film is sufficient for the construction of a safe, high-resolution solar instrument filter. Baader AstroSolar film is considered to be the “gold” standard for white-light solar observation by amateur astronomers. This film does not deteriorate the optical wavefront so it allows the use of high magnification with any optical instrument without reducing sharpness or contrast of the solar surface. Filters made with this film should ONLY be used in front of the telescope objective or camera lens. It is normal for the film to have some dents, streaks, slight warps, etc. and this does not indicate that the film is defective nor does it compromise the image quality in any way. Package includes one piece of film (140x155mm) and instructions for making your own DIY solar filter cell (examples of filters made by users are shown above). This AstroSolar Safety Film 5.0 is not authorized to be used for naked eye solar observation or production of solar viewers. For direct solar viewing without telescope, binocular or camera optics, consider Baader's EN ISO 12312-2:2015 certified Baader Solar Viewers equipped with AstroSolar Silver/Gold Film. 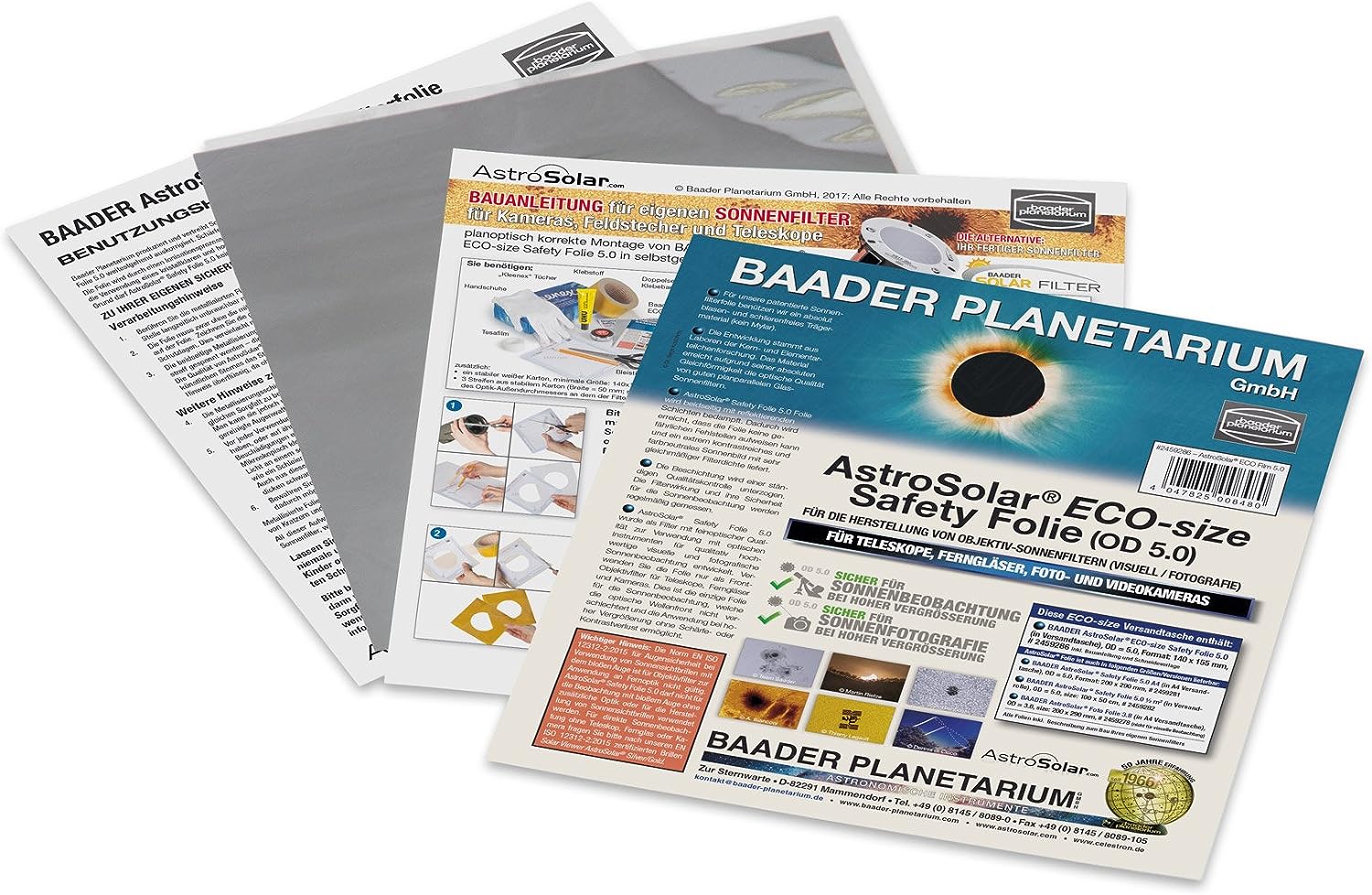 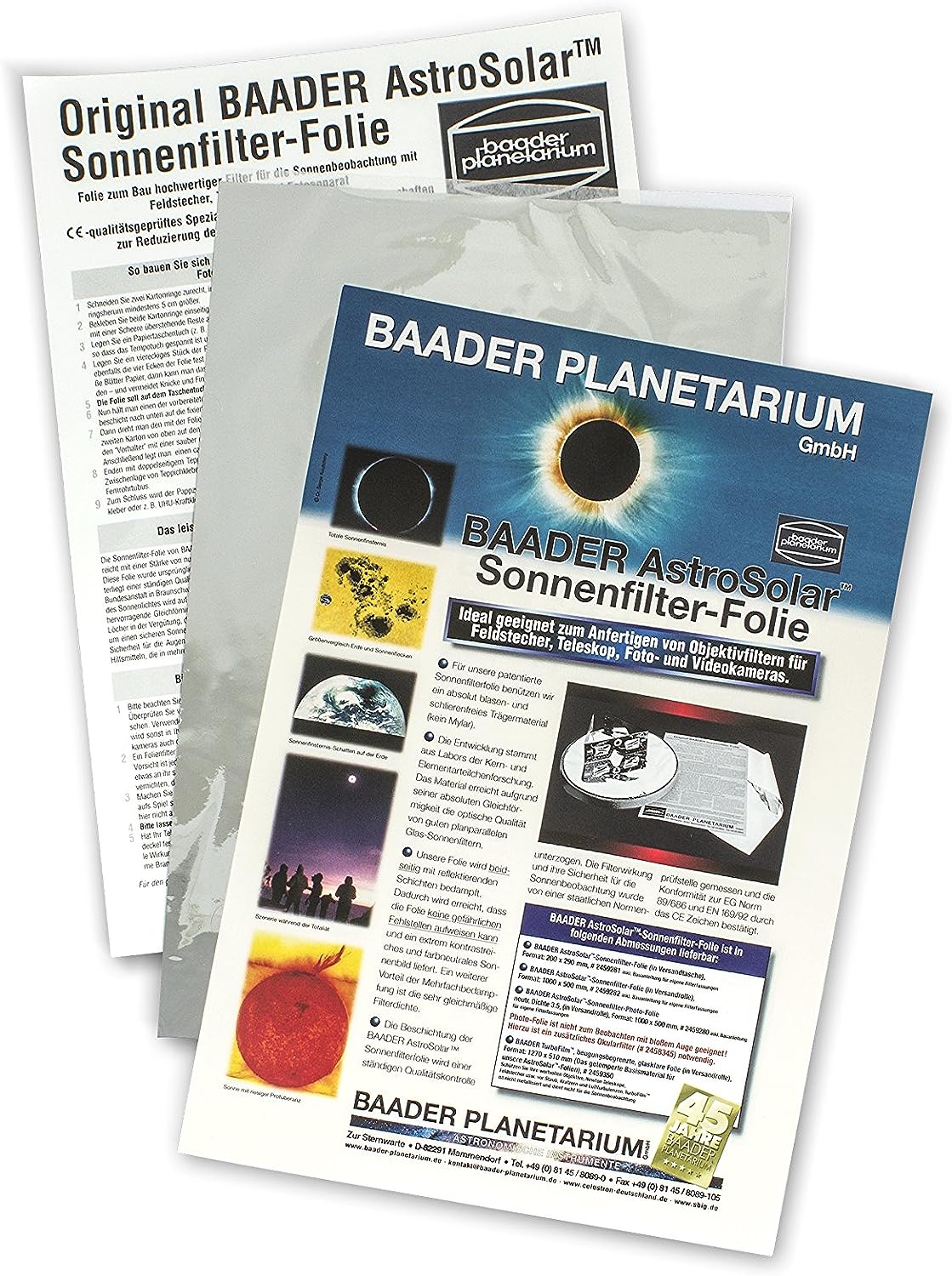 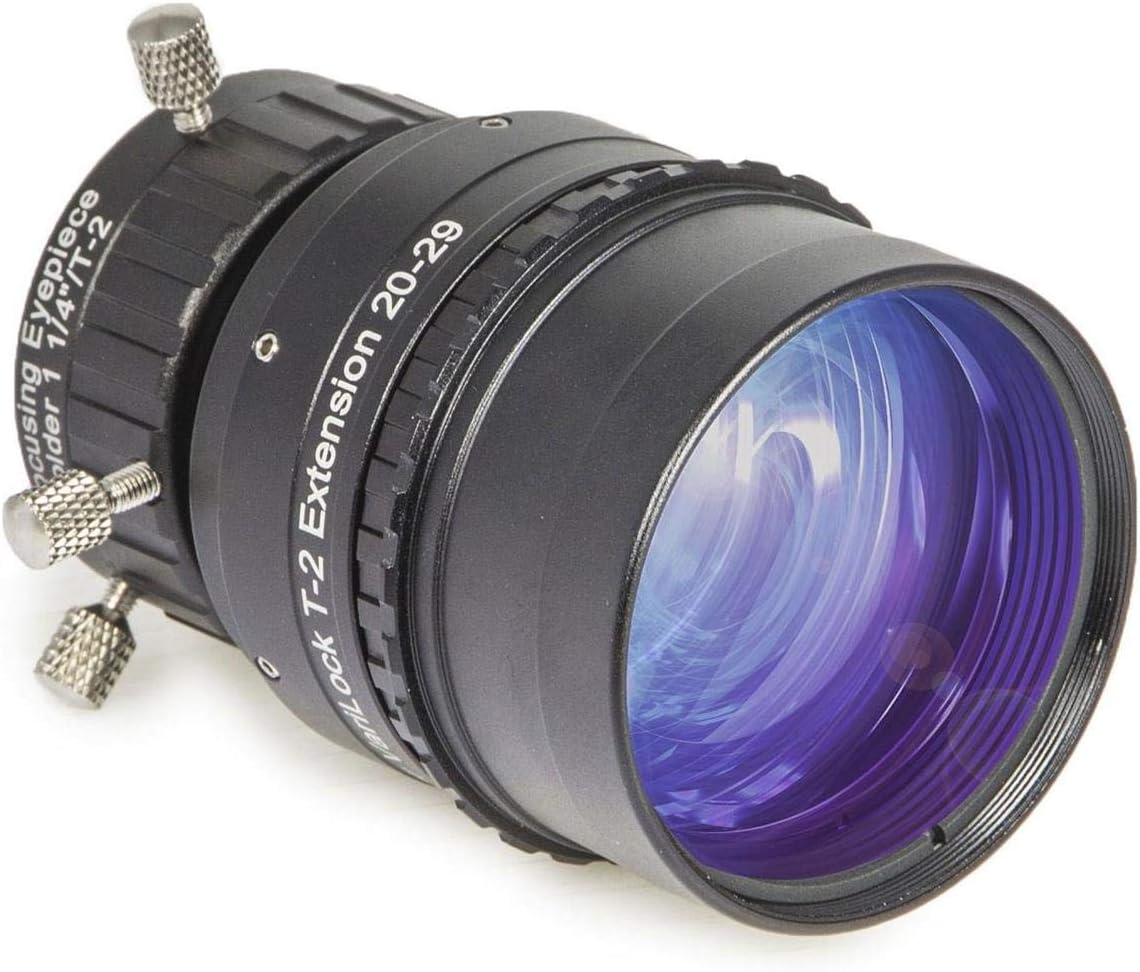 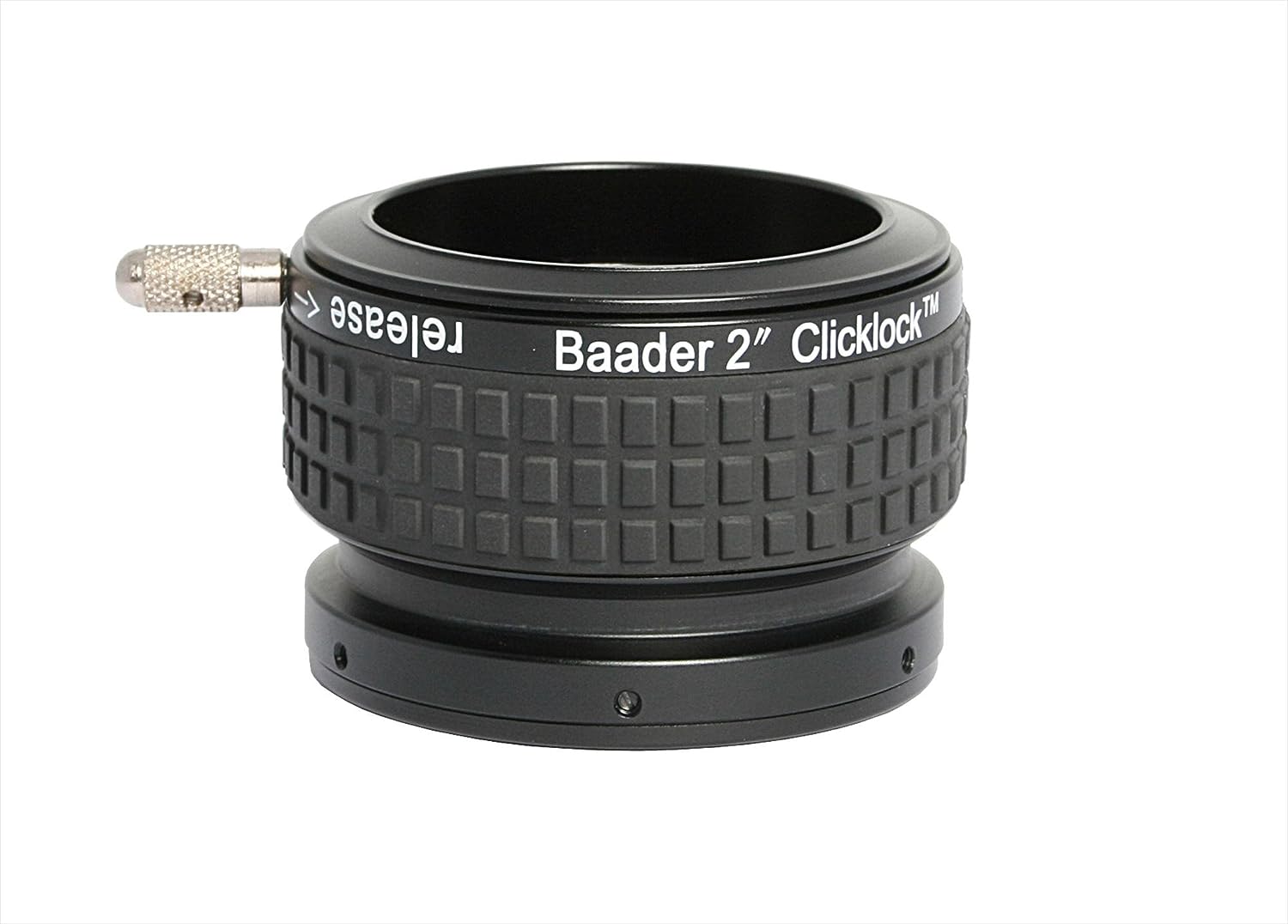 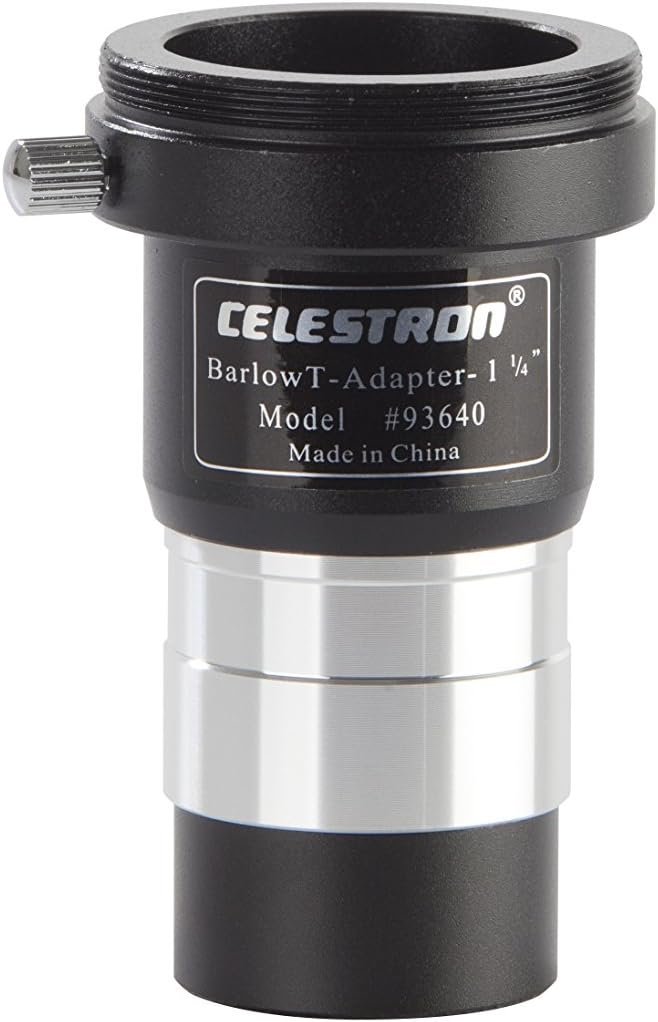 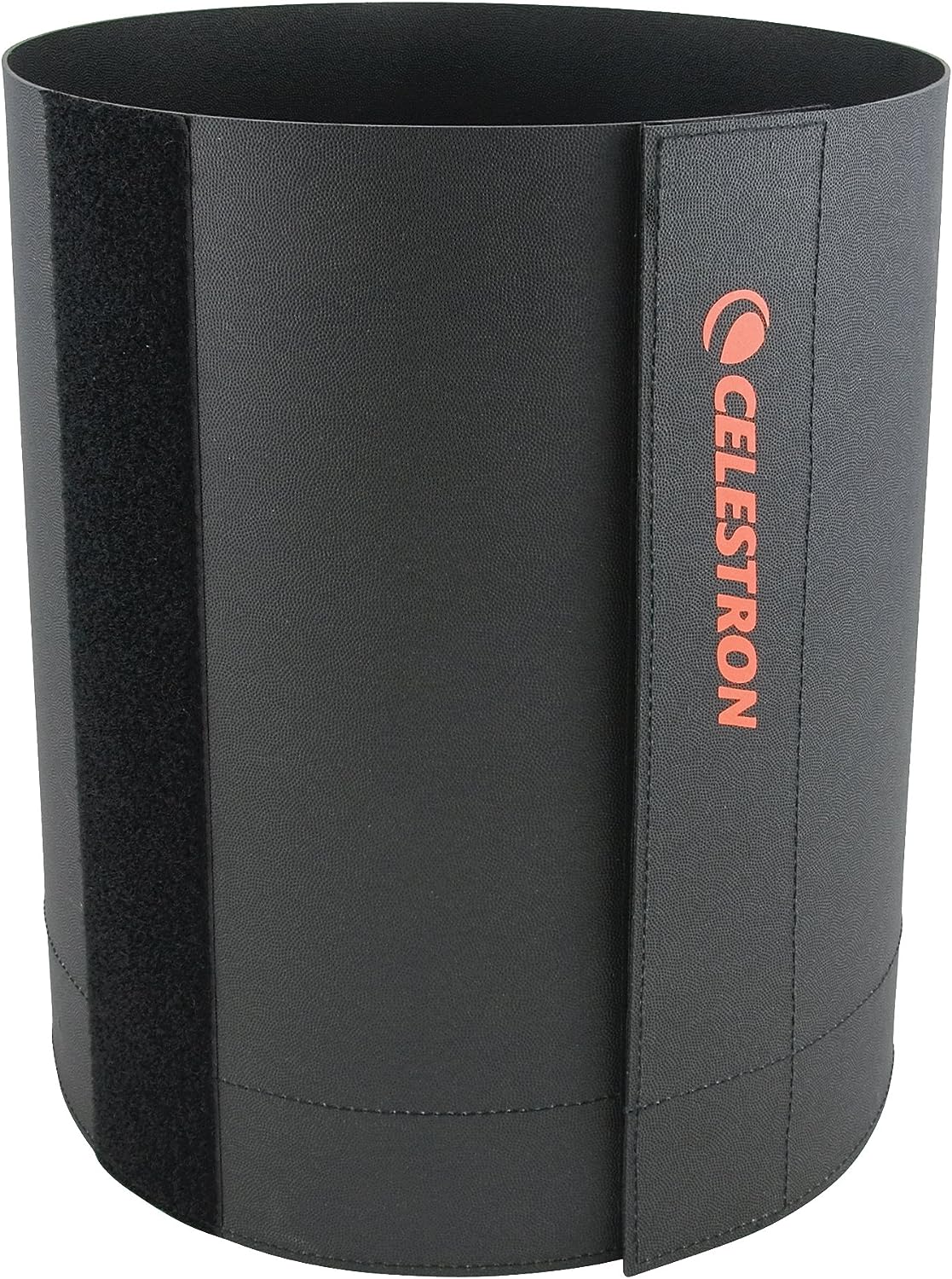 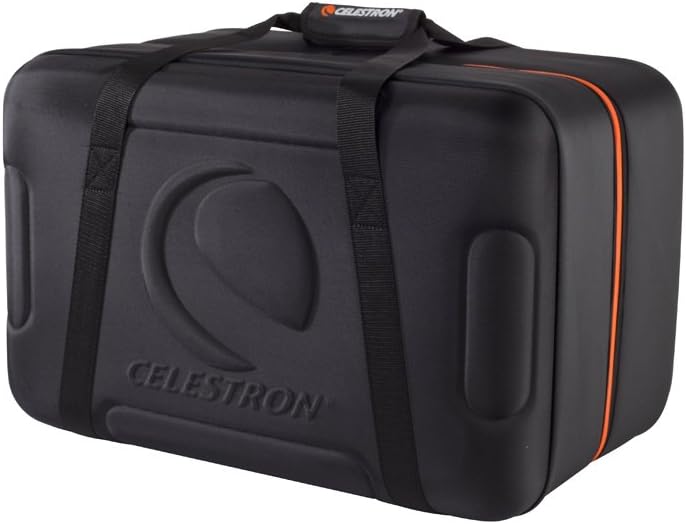 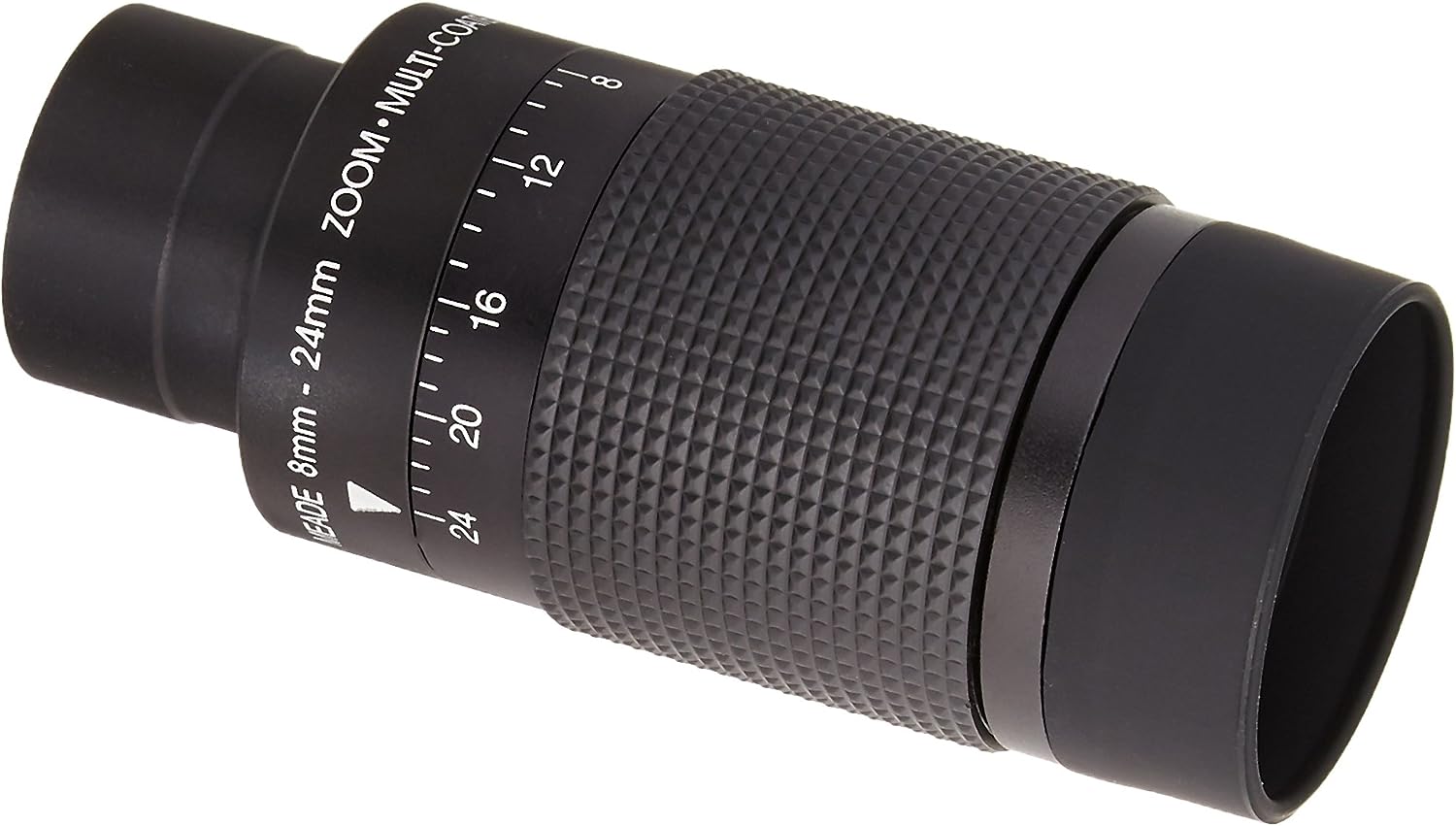